We are happy to announce that one of our ASID Texas Chapter members has been named as one of ASID’s 2022 Ones to Watch Scholars. 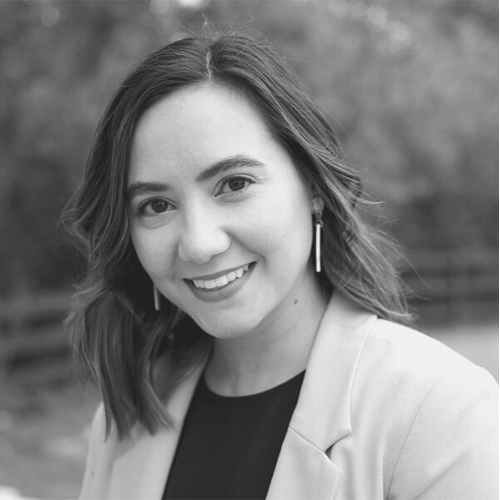 We are happy to announce that Sara Ables, ASID, RID, IIDA, LEED GA, Senior Furniture Specialist with Corgan in Dallas, was named as one of ASID’s 2022 Ones to Watch Scholars.

Ables received a Bachelor of Fine Arts in Interior Design from the University of North Texas (UNT). As a student, she was involved in ASID and International Interior Design Association (IIDA), served as treasurer for the Network of Executive Women in Hospitality and was the president of UNT’s Interior Design Student Alliance.

She currently serves on the IIDA Equity Council, which is composed of leaders who are committed to increasing inclusion, access, opportunity and diversity throughout all facets and activities of the association and the profession of interior design.

The ASID Texas Chapter is fortunate to have several members who have been bestowed the ASID Ones to Watch honor since its inception in 2017. In alphabetical order, they are as follows:

About the ASID Ones to Watch Program

ASID recognizes the need to grow diversity and inclusion in the interior design profession. Through ASID Ones to Watch, the Society supports rising leaders to ensure that diversity is reflected at all levels of the industry.

The Ones to Watch program identifies and recognizes rising leaders in the interior design industry who demonstrate exceptional leadership potential and a willingness to push the boundaries of the profession. Emphasis is placed on participants whose backgrounds are currently under-represented in management roles in the interior design industry, including women, members of racial and ethnic minority groups, LGBTQ, and persons with disabilities.

Each year the Ones to Watch honors up to 20 applicants as Award Winners representing the industry, including design practitioners, educators, volunteers and manufacturers. From the 20 award winners, the Society selects up to eight ASID Ones to Watch Scholars to participate in an exciting leadership development training program. The two-year program teaches Scholars to lead with authenticity through experiential learning, coaching, and mentoring. In the first year, Scholars learn to leverage and embrace their unique perspectives and backgrounds to excel in their careers. During the second year, Scholars are elevated and positioned as a thought leader in the industry.